Halifax-based Ocean Nutrition Canada is the world’s largest supplier of Omega-3 fatty acid supplements and was researching ways of making Omega-3 fatty acids using algae when they accidentally stumbled upon an oil-producing algae which creates oil at a rate 60 times greater than normal algaes.

Their discovery could change the entire oil, gas and jet fuel industry forever.

Since then Ocean Nutrition Canada has teams up with Sustainable Development Technology Canada (SDTC) in an effort to use the super algae to create green jet fuel. Algae is already used for making biofuelaround the world, but this super algae’s ability to mass produce oil at 60 times the speed of normal algae has scientists buzzing about the possibilities.

They discovered the microorganism when screening through hundreds of different algaes, trying to find one which could mass produce Omega-3 fatty acids. The accidental discovery of one which can create oil instead sparked the company to grow it and stockpile the algae in cryogenic reserve.

“We were looking and we got lucky,” says Ian Lucas, executive VP of innovation and strategy at Ocean Nutrition. “The SDTC program is focused on our ability to take this and turn it into jet fuel. We’re going to demonstrate the ability to grow the algae on a large scale.”

Since then the company has also partnered up with Canada’s National Research Council, military contractor Lockheed Martin, and Honeywell’s UOP LLC. 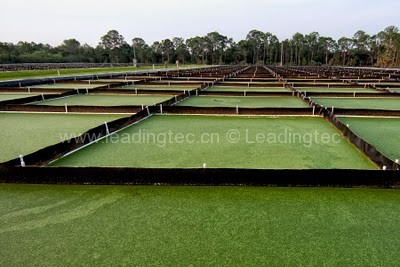 What it means is that in the future airplanes could be running on algae-made jet fuel… and why stop there, why not make cars and trucks which also run on green jet fuel! Gasoline demand in Canada represents 43% of the oil market (46% in the USA).

But algae is different. It takes CO2 out of the air and water and converts it straight into something useful. Its carbon neutral, which unlike field grown ethanol doesn’t require tractors, diesel and an expensive process to convert the plants into ethanol. 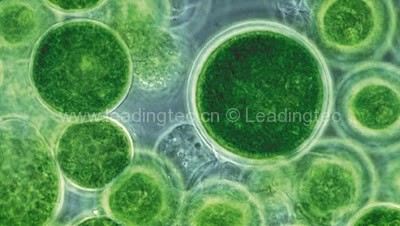 Between hydrogen-electric cars and green algae oils we are going to see a dramatic shift in how we fuel cars in the next 20 years. Especially since conventional oil prices keep rising, something which is ruinous to the economy.

Airplanes don’t have the option of using electricity. Jet fuel is their only option, but making it using algae opens the potential for a green airline industry which actually recycles the CO2 its putting into the atmosphere using algae.

In the United States the Defence Advanced Research Projects Agency (DARPA) has set the goal of producing tens of millions of gallons of algae-based oil each year at a production plant scheduled for 2013.

Boeing Co. recently announced plans to switch to 1% biofuels by 2015 and to increase their percenta 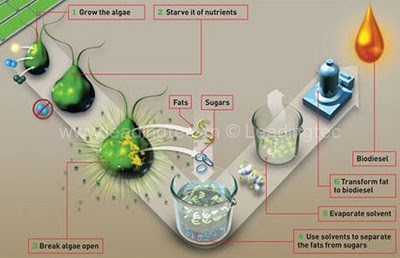 ge in the years to follow. “We need to get to 1 per cent to get that foundation and then the trajectory will be significantly steeper,” says Billy Glover, head of Boeing’s environmental strategy unit.

The U.S. Air Force and the U.S. Navy are both testing green jet fuels. The navy has committed itself to have at least 50% of its fleet operate on green fuel by 2020.

Here in Canada Bombardier Aerospace, Pratt & Whitney Canada and Honeywell’s UOP LLC have all committed themselves to an 80% reduction in conventional oil usage, planning to use green oil instead. Porter Airlines in Toronto plans to start using green jet fuel in 2012.

So the demand for green fuel is out there and growing. This super algae will play a significant role in mass producing green oil in the future. 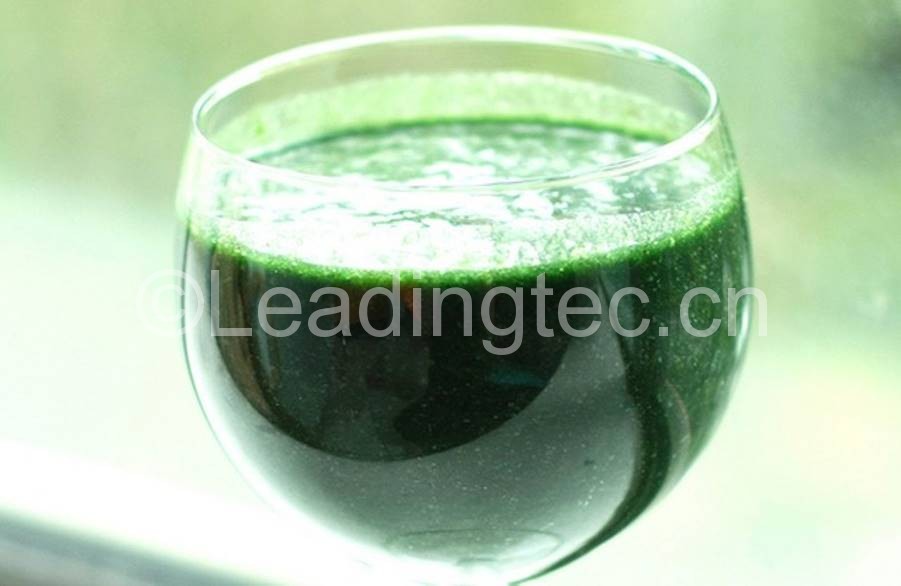 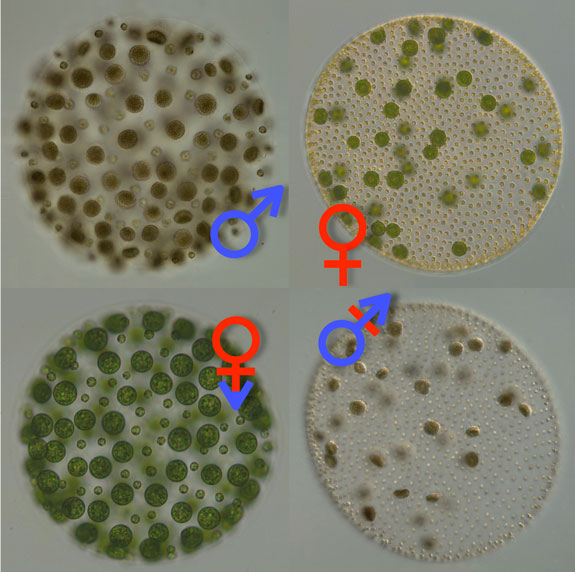 recent discovery in the multicellular green alga, Volvox carteri,has revealed the origin of male and female…